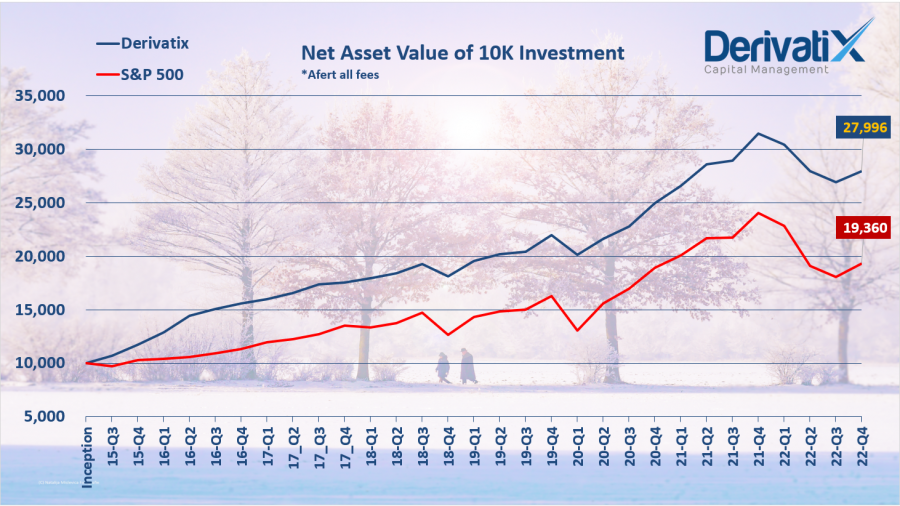 Markets and economists focused on inflation for much of 2022. Most central banks continued raising interest rates aggressively to slow the economy. Notable outliers that held steady interest rates were the Bank of Japan and the People’s Bank of China.

The overall pace of inflation eased. However, it was (and continues to be) above the usually preferred target of 2%. This prompted central bankers to signal that interest rates could stay high for a while.

Attention shifted in late 2022 from controlling inflation to preparing for a recession. The real estate market cooled, signaling slower economic growth. Consumers and businesses spent less because of high rates.

It’s great to see that Derivatix fund has consistently outperformed the S&P500 over the long term, and we believe that a key factor in the fund’s success has been the effective risk management methodology been utilized constantly. By carefully analyzing market conditions and implementing diversification strategies, we have been able to minimize the impact of market volatility on the fund’s performance.

In 2022-Q4, the fund’s performance of 4.4% was lower than the market’s growth of 7.1%, but it’s important to keep in mind that short-term results can vary and it’s more important to focus on the long-term performance of the fund. Over the past year, while the S&P500 dropped about 20%, Derivatix fund lost relatively a moderate decline of 11%, and over the past two years, the fund has returned around 12% compared to only 2.3% for the S&P500. This demonstrates the fund’s ability to outperform the market even in difficult market conditions.

Since its inception, the fund has returned an impressive 180.0% compared to just 93.6% for the S&P500. This long-term track record of strong performance is a testament to the skill and expertise of the fund’s management team and our effective risk management methodology.

Overall, it’s clear that our focus on risk management has played a crucial role in the fund’s success, and we believe that it will continue to do so in the future. 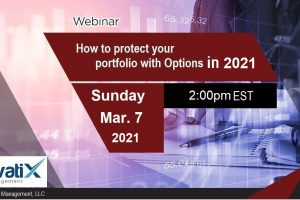 Most people think that successful traders are all really smart.[...] 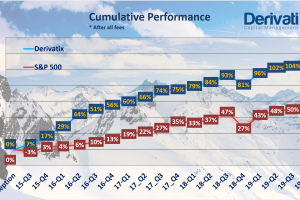 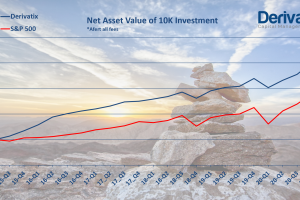