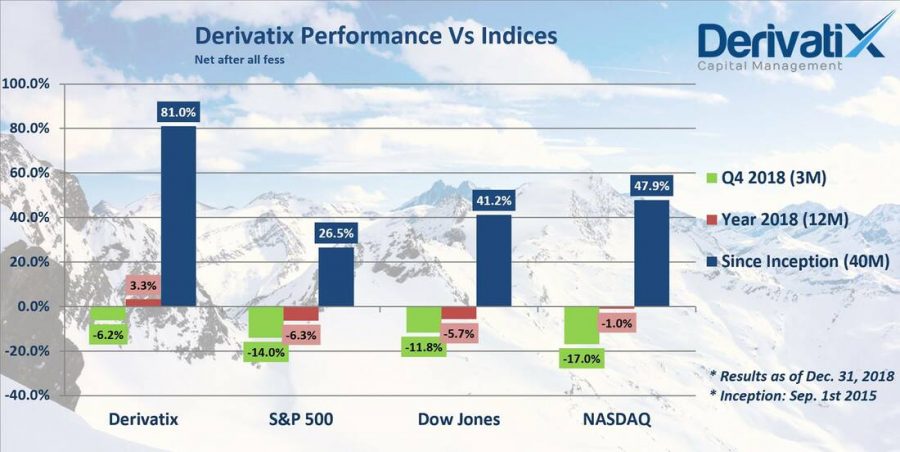 2018 was a year fraught with volatility, characterized by record highs and sharp reversals. The major stock indexes posted their worst yearly performances since the financial crisis. The S&P 500 and Dow Jones Industrial Average were down 6.2 percent and 5.6 percent, respectively, for 2018. Both indexes logged in their biggest annual losses since 2008, their worst year in a decade.

The S&P 500 and Dow fell for the first time in three years, while the Nasdaq snapped a six-year winning streak. This year also marks the first time ever the S&P 500 posts a decline after rising in the first three quarters.

A sizable chunk of this quarter’s losses came during a violent December. The indexes all dropped at least 8.7 percent for the month. The Dow and S&P 500 also recorded their worst December performance since 1931 and their biggest monthly loss since February 2009. [Source: CNBC]

Going through all above volatile conditions wouldn’t be safe without precise risk management capabilities. The recent massive volatility of the US market in this quarter inevitably exposure huge risk on any investment fund. However, the build-in protections employed in Derivatix, secure the major valuation of the portfolio against wild market movements and preserve the risk exposure to a moderate level.

As a result, while the S&P 500, Dow and NASDAQ plummeted 14, 11.8 and 17 percent respectively in the 4th quarter of 2018, Derivatix finished this quarter with only 6.2 percent decline. This moderate loss kept the fund’s overall performance in 2018 at +3.3 percent profit while, the above indices exercised their worse year in decades as mentioned earlier.
In a longer-term window, Derivatix has made more than 80 percent since inception on Sep. 1st, 2015. In the same period, the S&P 500, Dow and NASDAQ have grown 26.5, 41.2 and 47.9 percent respectively. Please note, all Derivatix performance reported here are net after all fees.
​
In the new year, we mostly project a sideway market rather than a directional one. This behavior would be a desirable condition for the unique type of trading being executed in the Derivatix fund which in turn would lead to outperforming the US market in 2009.

Do you know your alternative investment Options in the current[...] 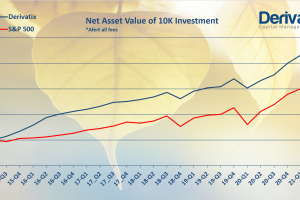 As we are getting more and more into the beautiful[...] 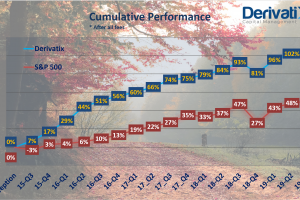 The amazing fall season is here. Enjoy it before it[...]

Your email is safe with us.